I’m excited to announce the release of our all-new 25 lesson screenwriting series, where we tapped into the knowledge and experience of Academy Award and Emmy-winning filmmakers to guide you through the entire screenwriting process.

Learn from the Best

ANDREW DAVIS
Director
Andy is best known for directing Harrison Ford in the Oscar nominated, “The Fugitive.” He has also directed numerous feature FilmSkills, including “Under Siege,” “Above the Law” (both starring Steven Segal), “Code of Silence,” “Holes,” “The Package” and “The Guardian.”

KEN DANCYGER
Screenwriter
Ken Dancyger is the author or co-author of seven books on screenwriting, directing, film editing and production. Ken is past Chair of Undergraduate Film and Television, TISCH School of the Arts, New York University, where he is a Full Professor.

RICKY MARGOLIS
Investor
Ricky serves as the Vice President of Future Films, LLC. The Future Film Group is a major financier and producer in the media sector having raised over $2bn in finance and having been involved in over 200 films and TV shows.

GUY GALLO
Screenwriter
Guy has penned the screenplays for “Under the Volcano,” “American Playhouse,” and “Takes from the Darkside”

Congratulations!  You’re ready to start writing your movie script, but where do you start?  Before we jump into developing characters and discussing story structure, you need to prepare your tools and set-up a space to work. In this lesson, we will share some tips and tricks to helping you prepare to write your screenplay.

Working with a Writing Partner

It takes a long time to make a movie, and the pressure to find an idea that you are willing to work on for years is high.  In this lesson, the writers behind dozens of TV shows and movies, including Everybody Loves Raymond and Now You See It, plus studio executives, top Hollywood agents, and the Academy Award-winning Christ Huntley who defined the Hollywood story structure teach you how to find inspiration and develop your idea.

As a creative people, we’re flooded by interesting ideas for movies all the time. But are those ideas marketable? Will an audience want to see them?

Movie making is one of the most expensive and time-consuming art forms, and before you embark on months, even years of work, it’s wise to research the potential audience for your movie.  In this lesson, I partnered with Emmy and Academy Award-winning writers, studio executives, and screenwriting professors to reveal dozens of tips and tricks to determining the market for your story concept. 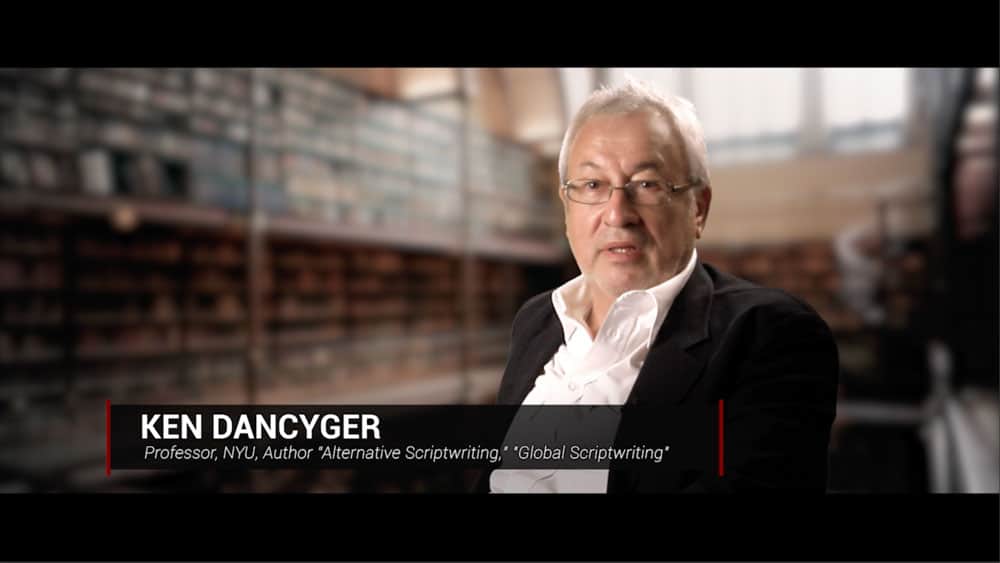 Stories can be told in a number of different ways, and in this lesson, we’re going to look at how a story is structured in feature and short films, animation, commercials, documentaries, music videos, and corporate videos

Every story that has every been told, is being told, and will ever be told can be distilled into one of seven basic story lines. And every story is a variation of one of these plot types. In this lesson, we will explore each of these 7 plot types and how you can adapt them to your story.

The Implication of Genre

Genre is the style that wraps around your plot structure. Each genre comes with its own story conventions,  guidelines for the protagonist, scope of the antagonist, and plot structures. In this lesson, we look at the range of genres and how they impact your story and your ability to market your production.

In this module, we’ll show you how to use the three act structure to properly pace your story, what should occur in each act, the length of each act, what happens at the beginning, middle and end of each act, and how to apply these techniques to your story.

If you were to describe a movie in a few sentences, you would probably give me a great summary of the main plot of the story- “Raiders of the Lost Arc is about an archaeologist who goes in search of the Arc of the Covenant.” Or “Twilight” is about girl torn between two men – a vampire and a werewolf.” In both of these examples, you would be correct – but what you told me was what is part of what’s called the “A” plot, or the main storyline of the movie. Movies can also include several smaller stories called subplots, which help reveal character, push the story forward and ultimately support the A-plot. In this module, we’re going to look at how to effectively write both the A-plot and the subplots. 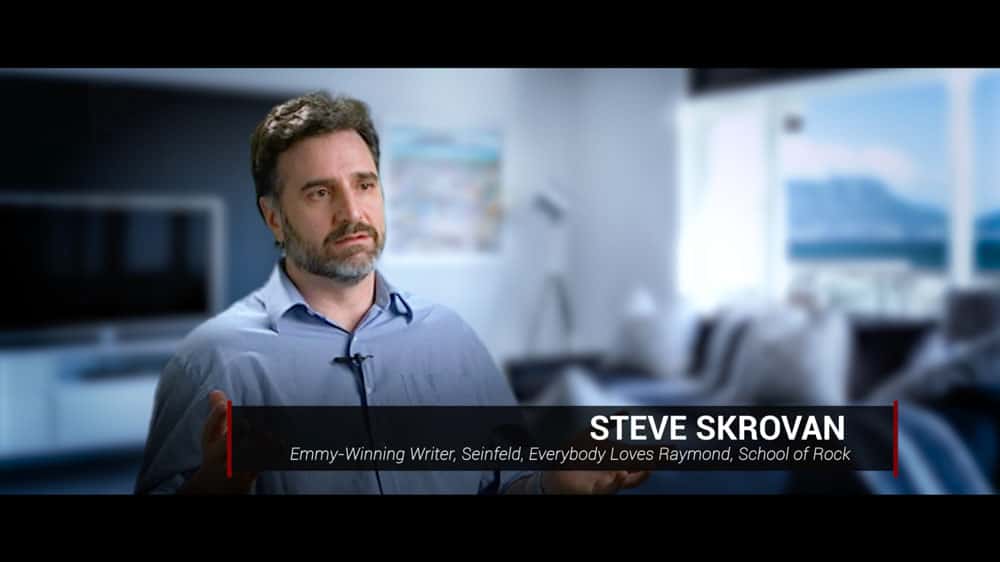 A good screenplay takes the audience on an emotional roller coaster, and one of the challenges facing each writer is how to keep the audience engaged through each and every minute of the story. In this module, learn literary techniques for maintaining strong pacing – especially through the second act.

Techniques to Engage the Audience

Story pacing is critical to keep your audience engaged and interested in your movie. In this lesson, we’re going to reveal top literary tools you can use in your screenplay to keep people visually, emotionally, and psychologically engaged in your story.

As you’re writing your screenplay, the most important character to write is the protagonist. But you have several choices – is he also the main character? Does the protagonist change or remain steadfast? How do you write a character the audience will care about? How can flaws help the protagonsit solve the story problem?

Knowing the answers to these question will help you craft a compelling character, so in this module, we’re going to explore techniques for writing a strong, multi-dimensional protagonist.

The antagonist has been classically referred to as the bad guy, the villain, or the adversary. But more properly defined, he, she or it is the literary opposite of the protagonist – the character who opposes the goals of the protagonist. In this module, we’re going to explore techniques for writing a strong antagonist, how to make him, her or it a real, multidimensional character.

Conflict in a story is everything – it defines the very purpose of the protagonist. We can divide the types of conflict into one of several categories – each category helping to define the antagonist’s role in the story. They are man vs. man, man vs. self, man vs. society, man vs. nature and man vs. the supernatural. So in this module, we’re going to explore these various types of conflict and how you can use them to craft a compelling antagonist.

A movie is populated with dozens of other characters – many of whom have an influence on the protagonist and the antagonist. These supporting characters either help or hinder, compliment or compete with our protagonist and antagonist. They add vibrancy and excitement to the story, all while serving as a valuable literary tool for you as you write the screenplay. In this module, we’re going to explore the function of supporting characters.

All characters can be broken down into eight different archtypes – now these are the basic ingredients of creating a character, so of course you can mix and match them to create more complex, unique characters.  But every supporting character fulfills one of more of these roles.  The eight archtypes are the protagonist and the antagonist, Reason, Emotion, The Sidekick, The Skeptic, the Guardian and the Contagonist. So, in this module, we’re going to explore the six archetypes that make up supporting characters.

The act of writing is much more than simply creating characters – it’s about writing real people with real fears, ambitions, strengths and weaknesses. But although you need to be able to create real, believable people, every choice you make when creating them needs to support the story. Who they are helps them confront the plot, learn more about themselves and ultimately succeed or fail. Their background gives them the tools and experienced they need to confront the conflict, and most importantly, their tragic flaw gives their story a personal arc. So, in this module, we’re going to discuss how to create personality and backstory.

How to Write Natural Dialogue

The title, theme, and log line are often the first exposure audience, producers, and agents may have to your story. But as a writing tool, they help you develop the plot thread and the heart of your story. In this lesson, we’re going to explore techniques for crafting a compelling title, developing a theme, and honing the log line to your screenplay.

How to Write a Treatment and Ouline

The treatment and outline for a movie is literally the backbone of the story, and the quality of your work in this phase can either make or break your script. Learn how to write an effective treatment and outline and simplify the process of writing the first draft. Working Hollywood writers teach you how to get the most out of this valuable writing tool.

How to Format a Screenplay

Learn how to properly write and format the first draft of your script. This module is a complete guide that walks you through every step of how to format a screenplay.

How to Write the First Draft

Now that your treatment and outline are complete, you can now start writing the first draft of the script. This process is when you take each story beat and develop the action and dialogue of each scene. It’s a tedious process, and one that can be frustrating, but we will give you tips on how to make the first draft the best it can possibly be.

Once the first draft of your script is ready, the real work begins. Learn what to look for in the rewriting process, how to identify problem areas that may adversely affect the story and how to get the most out of each plot, character and line of dialogue. Emmy-winning Executive Producer of “Everybody Loves Raymond,” Steve Skrovan, Writer/Producer Mike Emanuel, Writer John Anderson, Writer/Script Doctor David Freeman, Emmy-winning Director Jason Tomaric and Jerrol LeBaron, president of the script brokerage site, inktip.com share industry tips and techniques on how to effectively rewrite your script.

How to Market Your Screenplay

You’ve finished the script, now what? Working Hollywood writers and producers take you through the process of finding an agent or manager. Should you approach a producer instead? How do you deal with the studio Hollywood Reader? How do you cope with rejection? This module takes you through the intricacies of the Hollywood system and how to manage it.

Your Screenplay and the Real World

Congratulations! Your screenplay is finished… or is it?  When you sell or option your screenplay, agents, managers, and producers will often ask for multiple rewrites. In this lesson, we’ll show you how to manage feedback, how to protect your screenplay, grow your network, and improve your skills.